WE CAN MAKE THE DIFFERENCE!

Wildlife conservation has become an extremely important practice due to the negative effects of human activity on wildlife. We are constantly destroying their homes to take land for development and farming. We are the cause of deforestation, which is a huge problem for endangered species, as animals are pushed away from their natural habitat. Additionally, some species are targeted by hunters and poachers, a crucial point for many animals species survival. Every single animal plays a vital role in our ecosystem, and biodiversity is essential for maintaining its balance. It is essential to take actions to protect wildlife from extinction as the disappearance of one species can influence the survival of several others.

From the little things, which by the way have a great importance, like reducing your impact on the natural environment, to the direct action on the field by volunteering in a rehabilitation center, there’s really much you can do to help. There are so many ways you can contribute: through donations, fundraising, online shopping, organizing events, etc. Whatever your choice will be, it will have a significant impact, increasing the chances for conservation to success and reach its goals.

On my side, I try to give my small contribute everytime I can. Through my photography I would like to be able to raise people's awareness on the importance and the fragility of nature and wildlife around us. I would like to show them the beauty of our Earth, to inspire them to estabilsh a deep connection with nature in order to feel part of that, and to educate them to take action to preserve our planet and save the wildlife. That's why I joined and support Wild&Free - Rehabilitation and Release. 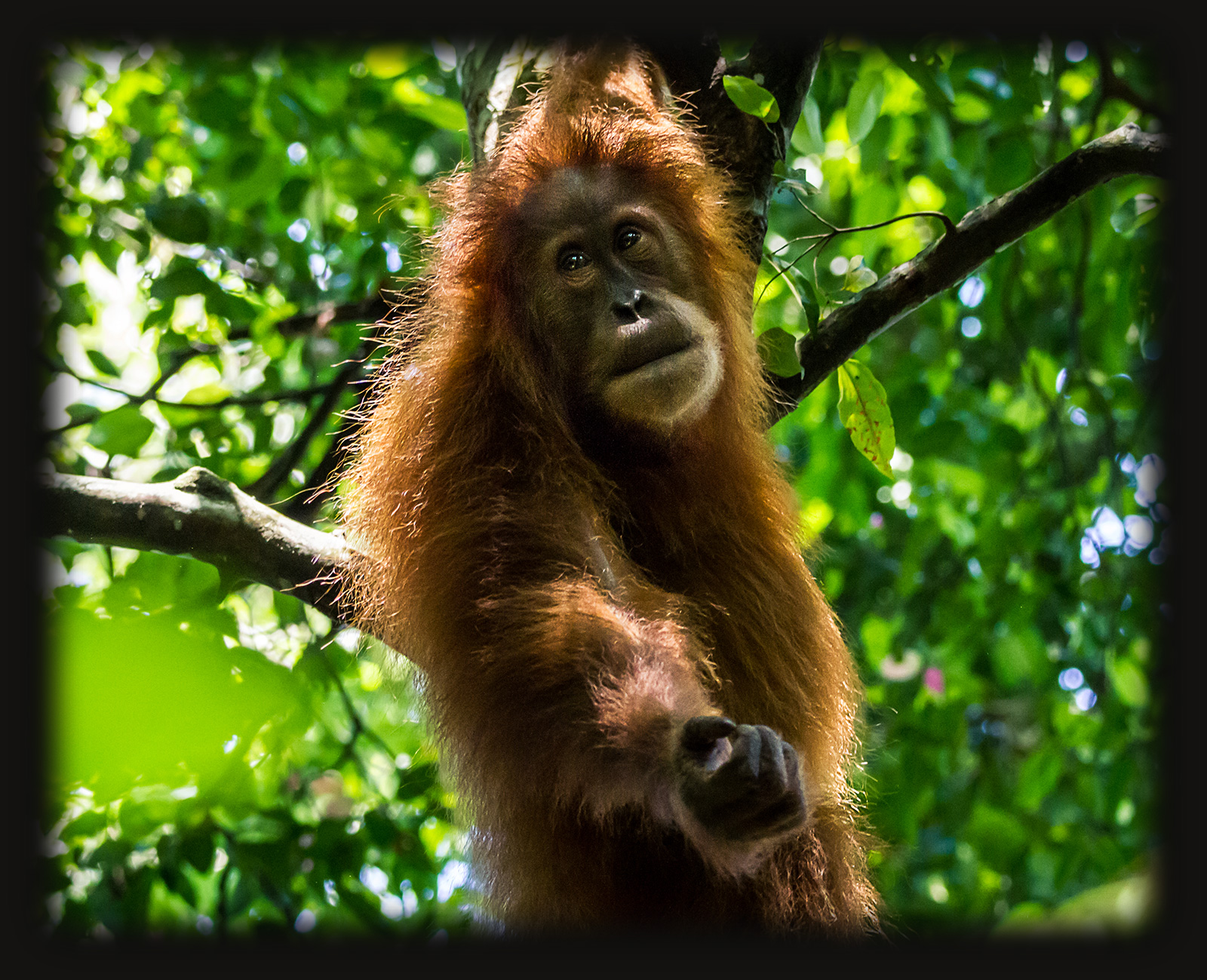 I think that the “human side” is a very important factor; a charity is an organization, and every organization is made by people. It is fundamental to know who’s working behind the organization to be sure that donations are used for concrete projects and purposes. That’s why I chose Wild & Free – Rehabilitation and Release, a UK based charity that supports the rehabilitation and reintroduction of rescued wild animals into their natural habitats. I personally know the founder and I was impressed by her knowledge on wildlife conservation (thanks to her experience on the field), by her determination and of course, maybe the most important thing, by the passion and the effort she puts in what she’s doing. Wild & Free is committed in raising awareness to the public about the threats faced by wild animals, it’s working on different projects across the world and most important, it’s bringing back results! I welcome you to explore its website to find out more about its activities, projects and how to get involved, as well as many useful information about wildlife conservation. If you really want to make the difference, Wild & Free – Rehabilitation and Release is the right choice! 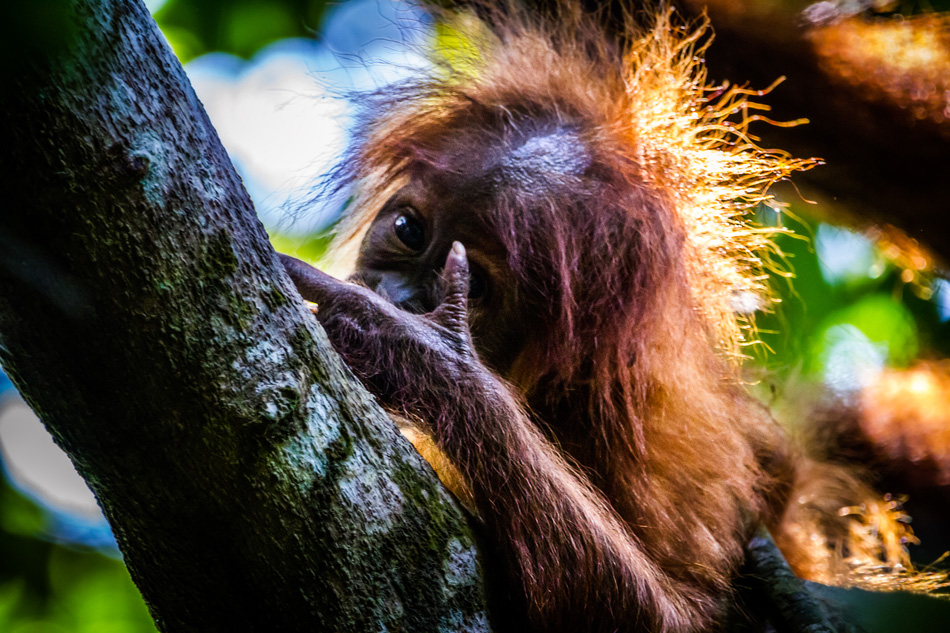 Everyone can make a significant difference in saving the wildlife by making a donation to Wild & Free. 100% of the donations will be used for the project you donated for and you will always be updated on its status to know how precious your contribute has been. Every little amount helps a lot! 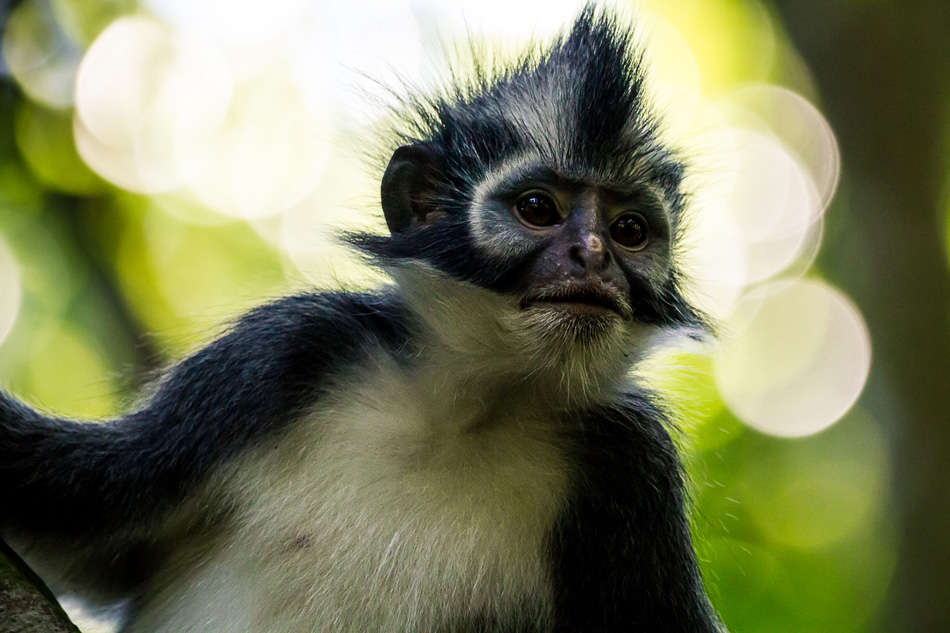 Wild & Free merchandise is now available! T-shirts, hoodies, prints and other gadgets, there's a lot of great material to choose from. That's the best way to give a concrete help for wildlife conservation while enjoying wearing cool stuff or decorating your house or office with beautiful prints. 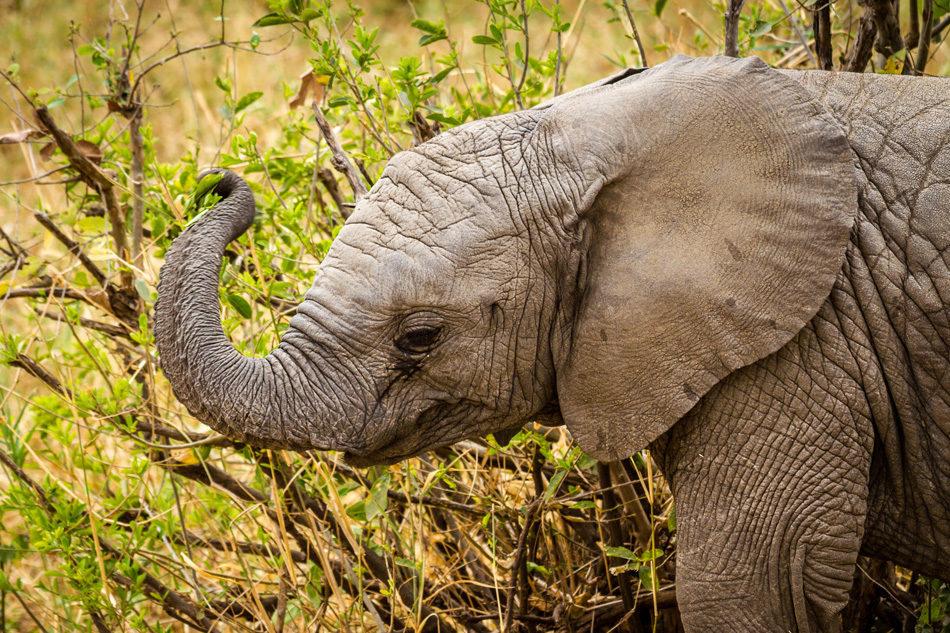 Fundraising is a great way to support Wild & Free and to help saving the wildlife. Plus, it can also be funny! There are plenty of options, from organizing events, joining races or starting a fundraise on your Facebook page. Get some inspiration by checking what other people did for Wild & Free! 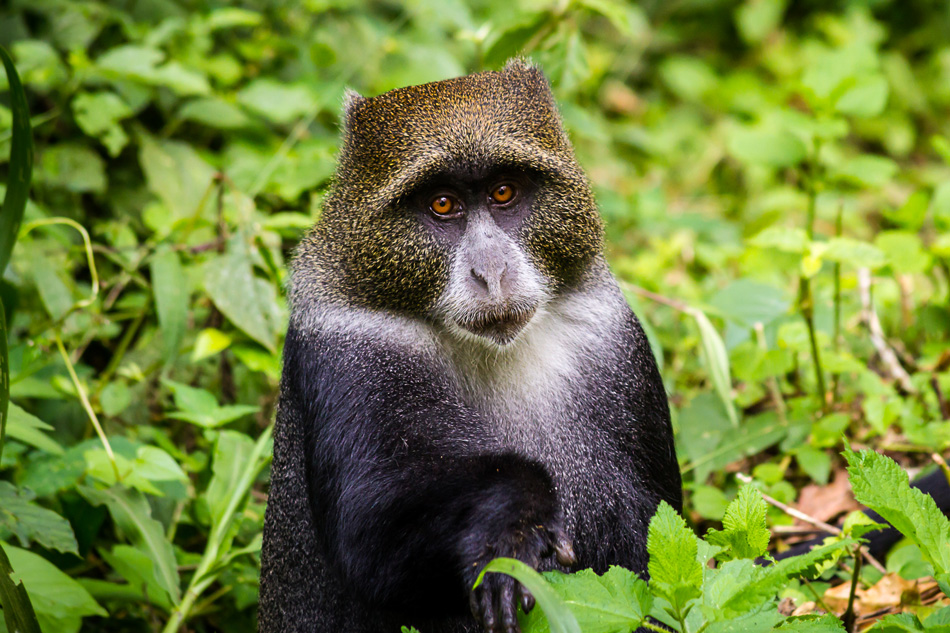 Discover all the Wild & Free projects! Wild & Free is currently supporting several projects all around the world and it's regularly working on the field to assure the best success for its work. Immerse yourself into the world of conservation and help Wild & Free to save our wildlife. 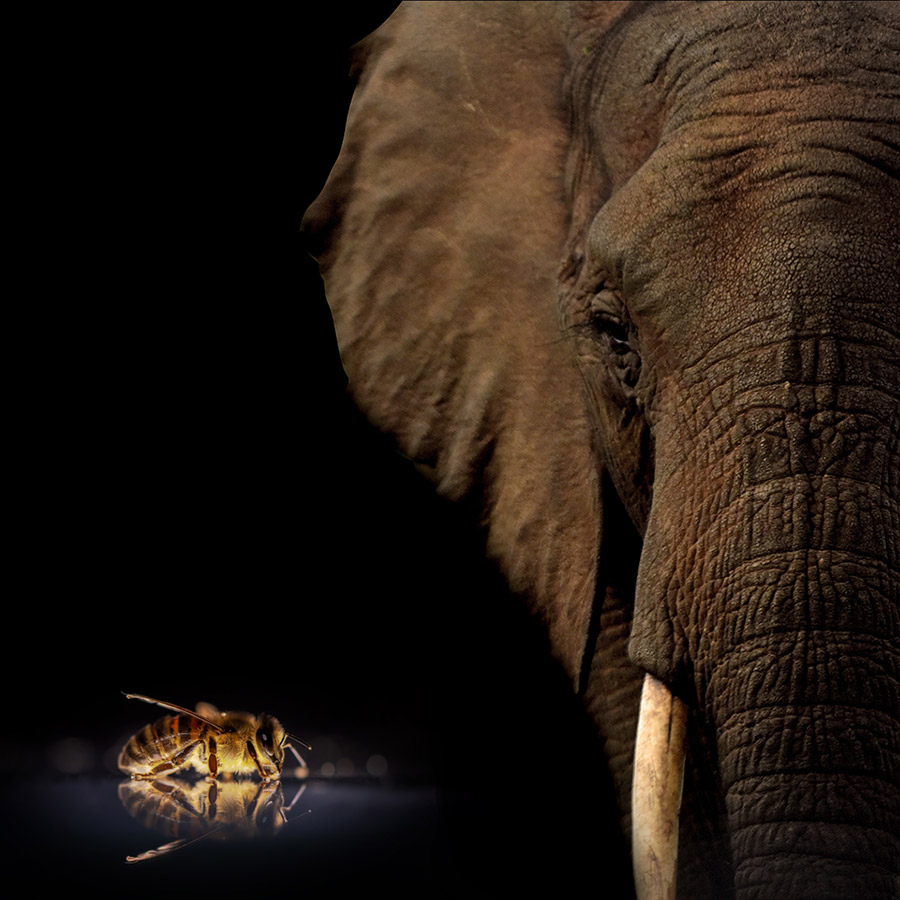 SAVE ELEPHANTS WITH BEES

Africa is home to around 415.000 of the largest walking animals on Earth, the African elephants. Between 2014 and 2019, Tanzania has lost 60% of its elephants, mainly due to poaching to meet to the demand of ivory from Asian countries such as China and Vietnam. The country was then left with only 43.330 elephants out of 109.051 that used to roam in the wild. Later in late 2015, a new regime took place in Tanzania and president Magufuli took office and promised to end the poaching. Since then, elephant numbers began to slowly increase to 60.000. Alert for Endangered Wildlife Species (AFeWis) was created in 2016 to protect elephants in all possible ways fighting against human/elephant conflicts and they have put a genius solution in place. Elephants and bees are not friends, and this is precisely what can save those gentle giants.

Elephants do not care about borders and cross the boundaries of National Parks by breaking down fences into farmers’ lands to feast on their crops like maize, beans, banana plantations and so forth; because of this farmers want to poison or kill the pachyderms. AFeWis (Alert for Endangered Wildlife Species) is resolving the human/wildlife conflict between farmers and elephants by installing beehives along the borders of National Parks. This way, when elephants approach the National Park boundaries, the disturbed bees attack and elephants simply turn around as they are afraid of bees. They say elephants remember.. and they certainly do, not coming back to these areas. Let’s not forget that bees make honey, and this naturally provides a new source of income to the local communities.

Since April 2019, AFeWis have built 64 beehive fences to protect two villages and four gateways in and out of Arusha National Park, therefore protecting wild elephants too. Currently, AFeWis needs to install further 36 beehives to fill a gap where elephants cross from Arusha National Park into a village and farmers land. By donating to this project, your name will appear on a beehive.

Join Wild & Free - Rehabilitation and Release and save the elephants!

FIND OUT MORE ABOUT THIS PROJECT 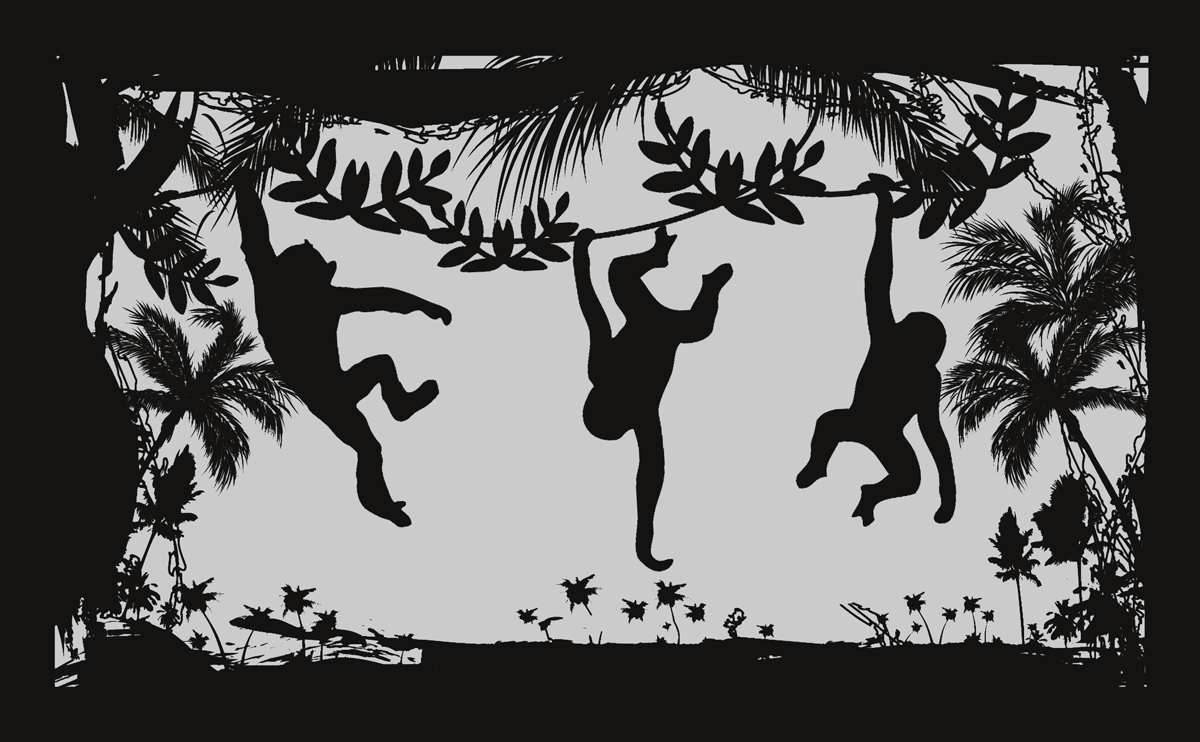